Kinomichi created in Paris in 1979 by Masamichi Noro is an art of Japanese origin in the Budō tradition (method of education from a martial art). This non-competitive sport with a peaceful orientation is for everyone. It is recognized by the Ministry of Sports in France which defines it as a discipline close to Aikido which uses all the techniques with a different pedagogy. Thus, Kinomichi favors dynamic practice as in Aikido from which it emerges. The notions of Ki (energy) Shin (heart) Do (way) are fundamentals of art. The practice can be done alone(th), two or more partners ; it is possible to use, among other things, the jo and the bokken. Kinomichi integrates the notions of spiral, contact, of union and harmony through techniques and forms of approach.

The progression is done by initiations of 1 at 7 on fundamental bases and applications objectified by state DAN grades of the specialized commission of dan and grades and equivalents (CSDGE) of the Union of Aikido Federations (UFA) in France. Teaching requires a federal certificate for volunteering, DEJEPS state diploma or certificate of professional qualification (CQP) for professionalization.

After the death of Master Masamichi Noro in 2013 and for use of a registered trademark, K.I.I.A. had a summons by his heirs declared inadmissible by the Tribunal de Grande Instance de Paris on 8 December 2016. Kinomichi cannot therefore be a protected trademark and its practice is free to access for all.

Founder of Kinomichi who appeared in 1979. He was one of the boarding students (uchi deshi) by Master Morihei Ueshiba, founder of Aikido.

Youth and meeting of Aikido

Masamichi Noro was born on 21 January 1935 in Aomori, Japan.

During his youth, he lives in a musical environment, listening in particular to Western classical music, which will strongly mark his sensitivity.
In high school, he practices Kendo, Judo and swimming. While his education destined him to take over the family business, a decisive event directs his life towards martial arts.

In 1955, while attending university, he gets his uncle to be introduced to Master Morihei Ueshiba. The meeting is decisive because the same day, he decides to give up his plans to become uchi deshi, taking care of the Master's daily cooking and care. Thus his learning of budö takes place night and day with the one who was and will remain his model..

From 1955 at 1961, he follows Morihei Ueshiba from Tokyo to Iwama where he had his private dojo. At that time, only a few uchi deshi surround the founder of Aikido.
Since then this generation has formed much of the world's Aikido.. 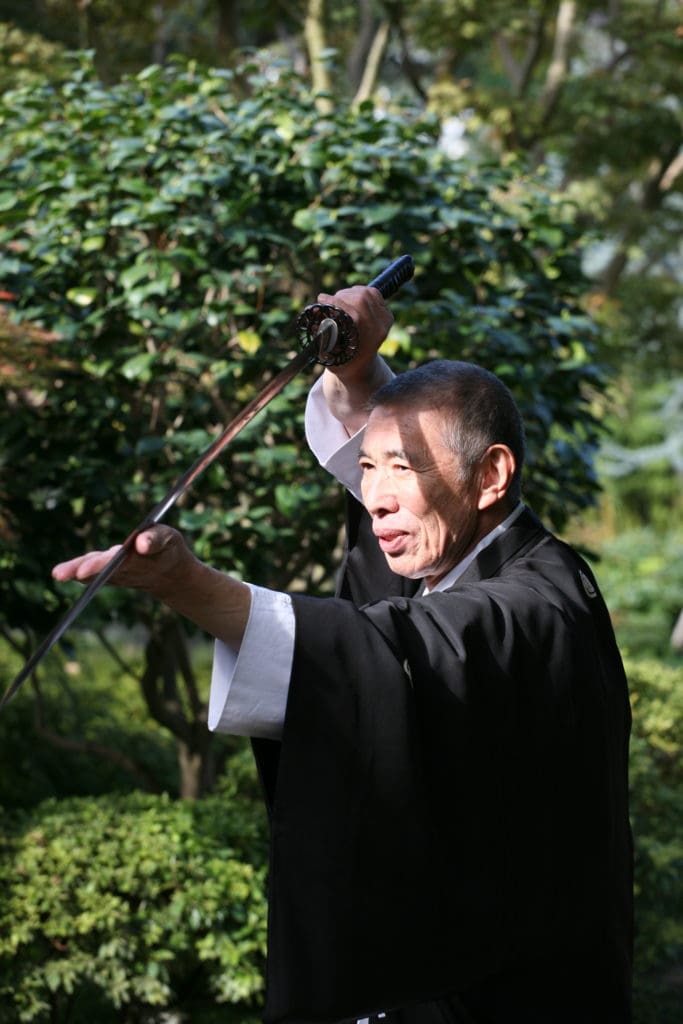 In 1961, Master Morihei Ueshiba sends an Official Aikido Delegate for Europe and Africa. Masamichi Noro will leave his Master for this mission. Farewells are painful for both.
Travelling by boat, he left Yokohama and landed in Marseille on 3 September 1961. The beginnings in France are difficult because Aikido is a new and unknown art. Judo teachers invite Master Masamichi Noro to enrich the knowledge of their students. He deploys his energy initially in the south-east of France, especially in Cannes and the dojo of Nîmes. Then Italy call it ; follow Belgium, Ireland, The Scotia, Morocco. He opened more than two hundred dojos in Europe and Africa, passer-by
a flight jump from Sweden to Senegal. This is the time of the pioneers of aikido in Europe. Master Nakazono, after coming to France for the first time before as a Judo teacher, joins him in 1963. Master Tamura finds him in 1964.
That same year, Master Masamichi Noro settles in Paris, changing address several times. The sites of its successive dojos resonate like so many strong memories in the hearts of French aikidokas : dojo at the Gare du Nord, rue de Constance. The immense task is perfectly accomplished and the success is exemplary. However, it will be seriously darkened.. Indeed, travelling around Europe and France relentlessly, Master Noro's pace of work is abruptly broken by a terrible car accident on 4 May 1966.
After a rehabilitation of several months, he gradually regains the fullness of his energy and resumes his teaching of more beautiful.

1969 is a contrasting year for Master Noro. On the one hand he learns of the death of Master Morihei Ueshiba, on the other he meets Taisen Deshimaru, Great Zen Master Soto and Karlfried Graf von Dürckheim who became his Western spiritual father. Many fruitful meetings will follow. This is how 1970 Masamichi Noro meets Marie-Thérèse Foix and Gisèle de Noiret, Physiotherapists, which indirectly participate in the emergence of the bases of Kinomichi. He opens up to new ideas, to original perspectives, Western techniques.

In 1972 The association Institut M.Noro moves to a new dojo in Paris 10th (rue des Petits-Hôtels). In order to teach in accordance with French law Masamichi Noro obtains in 1975 for himself and for his teachers the State Certificate of Judo Teacher and similar fighting methods – option Aikido.

Creation of KinomichiEn 1979, after an interview with Master Kishomaru Ueshiba, the son of the founder of Aikido, he creates kinomichi, literally "the way of energy", to deepen his quest. In the same period, he meets Dr. Lily Ehrenfried who becomes his friend and with whom he studies for seven years.

He will gradually incorporate some of his techniques into the preparatory exercises..

In 1983 Masamichi Noro files the term KINOMICHI Noro method, and opens the Masamichi Noro Centre on Logelbach Street (Paris 17th). Two years later, in 1985, during the commemoration of twenty years of Aikido in Germany, and at the invitation of his friend Master Katsuaki Asaï, 8e dan Aikikai, pioneer of Aikido in Germany, he presents Kinomichi to an assembly of the greatest masters of Aikido, including the Doshu Kishomaru Ueshiba.
The creation of the Noro Kinomichi International Centre in 1991, at the Dojo de la Fontaine, Strasbourg Comics (Paris 10th), allows to frame the teaching of Kinomichi in a spirit of continuous development. From 1996, he makes frequent visits to the World Aikido Center in Tokyo and of course to Master Kishomaru Ueshiba, son of the founder of Aikido.
The Noro Kinomichi International Centre is transferred to the Korindo Dojo, Bd des Batignolles (Paris 17th) in 2000. This dojo is named in memory of Master Noro's mother. In 2001, the French Ministry of Sports recognizes Kinomichi as a sports discipline. This was followed by the creation of KIIA (Kinomichi International Instructors Association), international structure that brings together all instructors and teachers authorized to teach Kinomichi. From its creation, KIIA affiliates in France with the French Federation of Aikido Aikibudo and Affinitaires (FFAAA, 11 rue Jules Vallès Paris 11th) as an affinity discipline.
At events celebrating the twenty years of the FFAAA in 2004, Doshu Moriteru Ueshiba, representative of the World Aikido Center in Tokyo is received in Paris. Are present in particular, to receive the delegation of the Hombu Dojo of Tokyo, Masters Masamichi Noro, Nobuyoshi Tamura and Christian Tissier among three thousand practitioners from all over France as well as many European countries. Masamichi Noro and Christian Tissier will meet again in April 2005 in Nanterre by participating in a joint course organized by the Hakki association and whose profits are intended for 220 000 victims of the tsunami of the 26 December 2004.

In 2007, at the FIA Congress in Paris, it welcomes at the Korindo Dojo of the Japanese Masters, including Doshu Moriteru Ueshiba and Isoyama sensei at the initiative of the FFAAA. Masamichi Noro reminds his students daily that Kinomichi is constantly evolving and
draws from its deep roots the techniques of Aikido of Morihei Ueshiba.
The years 80-90 of the creation of Kinomichi are characterized by a work on sensitivity, on the body as a tool for self-perception, of others and the world, on the fair and relaxed posture, on the anatomy
functional movement.

Since 1996 after an inevitable period of adjustments and research, the links between Kinomichi and Aikido are developing and deepening. A period opens up where the technical richness is declined on different degrees of speed, of difficulty and freedom. Each level is in no way inferior to the next, but makes sense as a gradual transition to what is later discovered, as a call to move forward.
After building his art on the Ki, breath, and on the techniques of Aikido, he trains his teachers to also guide research on the study of Shin, the heart, which illustrate the entire creation of Master Morihei Ueshiba.

Master Masamichi Noro deploys his energy to create a discipline open to his future, like his own Master who never ceased to transform his art until he gave it several different names as so many "terminals" on the Way.

Since 2000, kinomichi consolidates its anchorage in the French landscape of aiki arts. Master Masamichi Noro sadly dies in March 2013 and in accordance with his wishes, his closest disciples worked for the formalization of kinomichi internationally, among others in France and Japan. In a permanently evolving framework, they are until now in charge of the associative structures Institut Français du Kinomichi and International Kishinryu Association. Accordingly, since 2018 in France, Dan grades of the CSDGE of the Union of Aikido Federations (UFA) are created as well as state diplomas (DEJEPS mention aikido, aikibudo and related disciplines).

The FFAAA is certified by the French Ministry of Health, Youth and Sports (75 S 273, Ministerial decree of the 7 th of October 1985.). 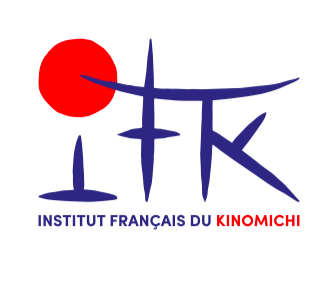